"Voices from the Southern Civil Rights Movement" presents educational and noncommercial radio programs from the 1950s and 1960s that offer historic testimonies – in interviews, speeches, and on-the-spot news reports – from many movement participants, both well-known and unknown. National leaders, local leaders, community organizers, students, clergy, lawyers, educators, academics, writers, and even a comedian and a documentary filmmaker relate often riveting stories that document a range of individual and group experiences and perspectives. The exhibit presents accounts from a variety of locales, each a distinct piece of the complex history of the struggle to integrate the segregated South and achieve full citizenship rights for African Americans.

Fifty years after the passage of the Voting Rights Act of 1965, one of the legislative landmarks of the civil rights movement, the history of that movement is still being written. The importance of local accounts to enrich this history cannot be overemphasized. Emilye Crosby, a historian specializing in local civil rights studies, has written that the publication during the past two decades of a number of key works in local civil rights history has “marked a major shift in the field.” Local studies, she writes, have "laid a foundation for reshaping movement history, for changing our understanding of many things, including chronology, the role of women, the significance of self-defense, the nature and persistence of white resistance, the failures of the federal government, the differences between long-term organizing and short-term mobilizing, the development of Black Power, the importance of economics and human rights issues, and the possibilities and limitations of nonviolent tactics and ideology."1

The programs presented in "Voices from the Southern Civil Rights Movement" explore many of the areas that Crosby has identified. Programs featuring Rosa Parks, Fannie Lou Hamer, Ella Baker, Annie Devine, Dorothy Height (in Birmingham: Testament of Nonviolence, Part 3; Mother’s Day, May 12 (1 of 2) and Birmingham: Testament of Nonviolence, Part 3; Mother’s Day, May 12 (2 of 2)), and Constance Baker Motley, help communicate the role of women in the movement, as do programs with less well-known activists such as Priscilla Stephens of CORE, Mississippi Freedom Summer student worker Ellen Siegel, Mary Peabody, the mother of the governor of Massachusetts, who through her arrest in St. Augustine, Florida, as part of an interracial group demanding service at a motel restaurant drew national press attention to that movement, and an unidentified female high school student who participated in a Charleston, South Carolina sit-in. The significance of self-defense is addressed in An Integrated Project in Georgia. The nature and persistence of white resistance pervades many of these accounts, most prominently in The Negro Lawyer in the South, The Civil Rights Lawyer in the South, Children of McComb, Kidnapping in North Carolina, Birmingham: Testament of Nonviolence, Part 3; Mother's Day, May 12 (1 of 2) and (2 of 2), A Dialogue on Mississippi, and One Year Later in Mississippi. Failures of the federal government are expressed vehemently in Report from the South - James Bevel. The significance of long-term organizing is addressed in Thirty Years of Civil Rights Education in the South / Myles Horton and Tribute to Ella Baker. The development of Black Power is discussed in Stokely Carmichael Interview and Black Power Surveyed; Handful That We Are in Missississippi: A Spectrum of Opinion in Mississippi. Assessments of nonviolent tactics and ideology are offered in The Battle Is Not Yet Won, Ralph Gleason Interviewing Dick Gregory, Birmingham: Testament of Nonviolance, Part 4; Back to School in Birmingham (1 of 2) and (2 of 2), and Report from the South - James Bevel.

These programs have rarely been heard since they first were broadcast half a century ago. Radio coverage of the civil rights movement is an area that remains to be explored more deeply. While the events described in many of these recordings have been documented in scholarly studies, listening to the programs can add a dimension rarely found in written texts. Audiovisual material often has the ability to convey experiences and emotions more powerfully than the written word. The inflections, pauses, timing, shouting, singing, and quiet moments of reflection that mark these talks, cannot be completely revealed on the printed page. Neither can the passion, urgency, and often humor that enliven many speeches, sermons, and interviews. Audio can command a listener's attention even more effectively at times than either film or video due to its power to establish a tight connection between speaker and listener as the teller’s story unfolds. On-the-spot recordings of long ago can bring the immediacy of past events directly to listeners of today. In addition, these aural testimonies add a wealth of detail often omitted from published accounts.

While the movements discussed in these programs occurred throughout the South, the programming did not originate with southern educational or public radio stations. The programs came to the AAPB from three sources: the Pacifica Radio Archives, WGBH, and the National Association of Educational Broadcasters (NAEB) collection of the University of Maryland. Listener-sponsored Pacifica Radio was established in 1949 with ties to the peace movement and committed to dialogue to further social justice concerns. Pacifica produced probing, in-depth interviews with southern civil rights activists visiting the Bay Area, many conducted by the network’s head of public affairs, Elsa Knight Thompson. Historian Brian Ward has commented that Pacifica’s civil rights interviews were noted for "their intellectual and analytical rigor," that "platitudes and casual assumptions seldom passed unchallenged.”2 In contrast with the in-studio interview format favored in these Pacifica programs, WGBH sent reporters out in the field to produce two important series of on-the-spot reports on events as they developed during conflicts in St. Augustine, Florida, and Mississippi: Dateline St. Augustine and Long, Hot Summer '64.

NAEB began operations in 1934 from a precursor organization that had been formed in 1925. In 1951, NAEB established a tape duplication exchange system whereby member stations sent programs to the headquarters in Urbana, Illinois, where they were copied onto tape and then shared with other member stations for broadcast over the newly created National Educational Radio network, a precursor to National Public Radio. The NAEB collection at the University of Maryland and the digital NAEB collection now included in the AAPB are direct beneficiaries of this tape duplication and exchange program. One of NAEB's member stations, WRVR, from the Riverside Church in New York, sent three reporters to cover the Birmingham movement in 1963. WRVR produced the six-part series Birmingham: Testament of Nonviolence (two parts of which are highlighted in this exhibition), for NAEB distribution, which New York Times critic Jack Gould called "a first-class journalistic coup [that] constituted a remarkable social document for the ear." Gould noted that the medium of noncommercial radio provided an "availability of extended time free from assorted commercial pressures" that allowed the broadcast of programs with "depth of treatment and outspokenness seldom available elsewhere on the dial."3

"Voices from the Southern Civil Rights Movement" gives voice to the many challenges, tactics, and dangers that organizers and activists faced to achieve the movement's goals in the South. The larger AAPB collection includes additional radio and television programs from this period and later that cover movement activities in other regions of the nation as well. In addition, the complete AAPB collection offers retrospective programs that look back at the movement to add context and historical perspective that comes with the passage of time. Keyword searches for "civil rights" and for other relevant terms will display these additional broadcasts. We encourage you to watch and listen to these programs in the AAPB Online Reading Room or at the Library of Congress and WGBH.

2Brian Ward, Radio and the Struggle for Civil Rights in the South (Gainsville, FL: University Press of Florida, 2004), 132.

Warren K. Leffler, photographer. Participants in the March on Washington for Jobs and Freedom, August 28, 1963. 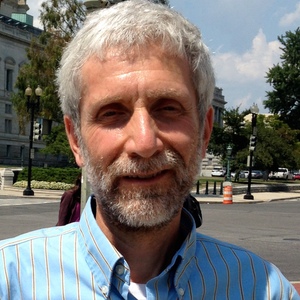 Brown V. Board of Education

The Civil Rights Act of 1964: A Long Struggle for Freedom