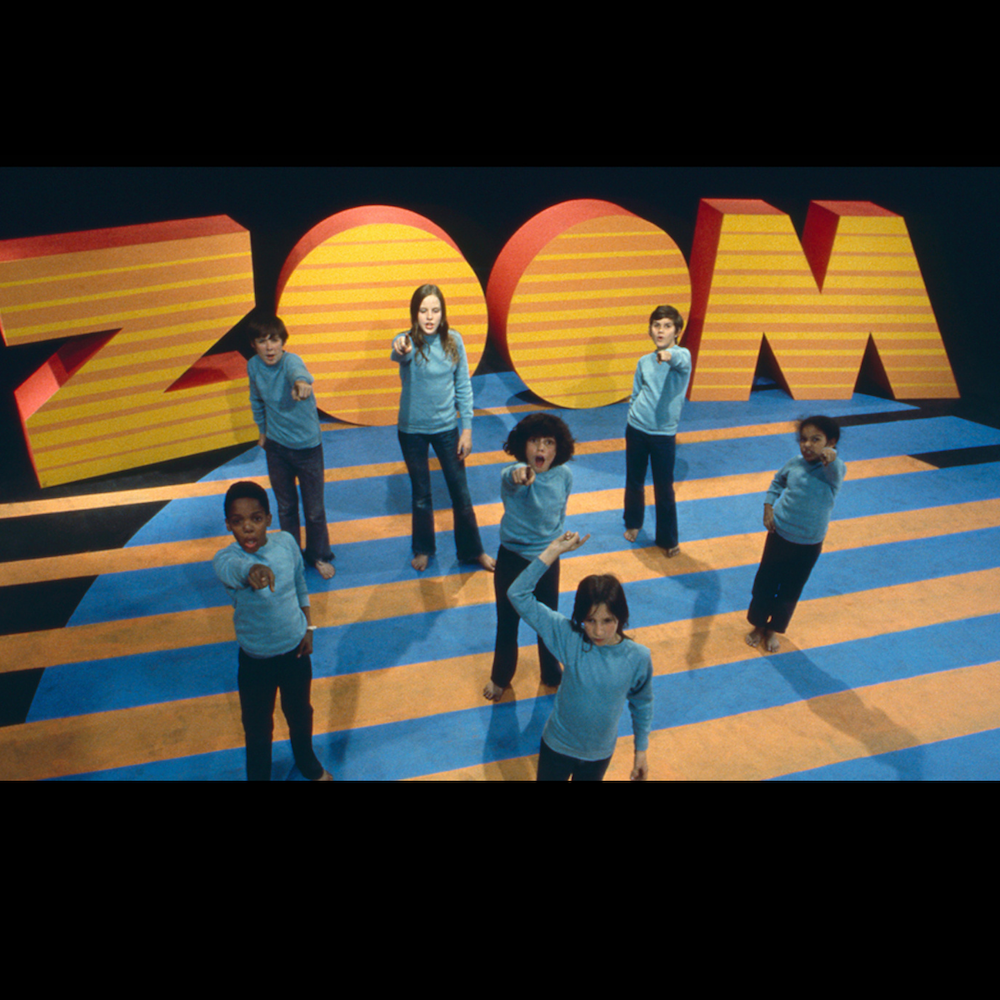 ZOOM is a children’s half-hour educational program produced by WGBH in Boston and aired on PBS. ZOOM aired in two series, its original run from 1972-1978, and a second run from 1999-2005. After the creation of the second series, the original series became known internally at WGBH as ZOOM, Series I. The second series is referred to as ZOOM, Series II. This special collection contains materials from both series, although only Series I is currently available to view on the American Archive of Public Broadcasting (AAPB)’s Online Reading Room; Series II can be viewed On Location at WGBH or the Library of Congress, or through Limited Research Access.

ZOOM is a kid-centric, mostly-unscripted show focused on giving kids, especially the cohort aged 7-12, a platform to relate to one another through games, plays, recipes, songs, and chats. The series was hosted by a rotating cast of child hosts known as “ZOOMers” who led viewers through a variety of segments with inventive names like “ZOOMovie”, “ZOOMchat”, “ZOOMphenomenon”, and “ZOOMguest”.

ZOOM was part of a tradition of early pioneers in children’s educational television, inspired in part by earlier series like Sesame Street, The Electric Company, and Mr. Rogers’ Neighborhood. ZOOM was created by WGBH producer Christopher Sarson, who wanted to give children a means of relating to others like them. One of the series’ goals was to show a diverse view of childhood, with “ZOOMers” intentionally cast from an array of races and ethnicities; the series also avoided keeping any child on for too long by capping out all “ZOOMers’” tenures on the show at thirteen weeks. Another of the series’ goals was to focus on kid-centric activities, with many of the show’s segments developed from popular activities that kids enjoy; the name ZOOM originated from the desire to zoom in on subjects that are interesting to 7-12 year olds.

WGBH first went on the air in 1951 as radio station WGBH-FM, and in 1955 expanded to offer television as WGBH-TV. ZOOM was created by WGBH producer Christopher Sarson in 1972 and was filmed in the WGBH studios, eventually winning an Emmy Award in 1973. ZOOM, Series I ran from 1972-1978 and was revived for a second series from 1999-2005.

Records are described at an item level and all records contain brief descriptions and subject terms. Search by keyword or individual words, or browse all episodes by clicking “Explore the Collection” below the search box.

Terminology used in some records is from the time period in which the episodes were created.