ZOOM (1972-1978): Children’s Community and Public Television in the 1970s was created by Leslie Paris, Associate Professor of History at the University of British Columbia in Vancouver, Canada. Her work on ZOOM was made possible by grants and fellowships from the Social Sciences and Humanities Research Council of Canada, the National Endowment for the Humanities, the Mellon Participatory Cataloguing Project at WGBH, the UBC Hampton Research Endowment Fund, and the UBC Public Humanities Hub. Special thanks are due to Mary Chapman, John Pitcher, and the anonymous reviewer of the exhibit essay, and to Karen Cariani, Casey Davis Kaufman, Leah Weisse, and Henry Neels, for their support in making this exhibit possible.

On January 9, 1972, the children’s television series ZOOM premiered on Public Broadcasting Service (PBS) affiliates across the country. Designed for an audience between the ages of seven and twelve, ZOOM focused on young people making and sharing their own fun. Its distinctive claim was that viewers sent in the ideas for the jokes, plays, games and other activities that a cast of children known as ZOOMers then shared with its national viewership. The series addressed this audience as active cultural producers who had interesting talents and ideas to convey; each week, the cast recited WGBH’s postal address as a poem, ending in song, such that the repeated call to “Send it to ZOOM” likely made “02134” the best-known zip code among American children of the 1970s. As the series’ theme song asked, “Who are you? / What do you do? / How are you? / Let’s hear from you! / We need you!”

Produced at public television station WGBH in Boston, ZOOM was one of the most successful non-commercial children’s series of the 1970s. Over the course of six seasons, millions of American children watched ZOOM, and they responded to its exhortation to participate by sending in an average of 10,000 letters every week.1 Some viewers suggested themes for discussion among the ZOOMers, or passed along tongue twisters and riddles.2 Others shared original plays, poems, stories, and artwork. Many wrote in asking for specific ZOOM cards, which contained information about activities highlighted on previous episodes; these viewers generally included a SASE, or self-addressed stamped envelope, in anticipation of a reply. By 1976, ZOOM had received over two million letters.3

In the 1960s and 1970s, advocates for educational television for children argued that the medium could be more thoughtful, creative, and informative. Better-quality television shows, these innovators contended, could teach young viewers useful skills, inculcate positive values, and prepare children for the world beyond their living rooms.4 ZOOM exemplified this kind of project. By watching ZOOM, children acquired new skills ranging from tie-dying fabric to candle-making. They discovered games and tests of skill that other young fans had contributed. And they learned about a diverse range of children across the country who appeared in short documentaries as ZOOMguests. Outside of the commercial realm of children’s media, ZOOM also taught its young viewers new ways of connecting with other children as participants in the creative process. What children saw on their television screens affirmed their own sense of their capabilities, interests, and membership in this larger community.

Adults were generally enchanted by ZOOM. Press coverage of the series was very positive, and ZOOM won Emmys for children’s programming in 1973, 1974, and 1977.5 Many parents also commended the series. One California mother praised its liberating models of boyhood for her teenage sons: “It’s good for boys to see other boys who are not afraid to dance, and sing, and play clapping games. Those children represent the spontaneous creative, intelligent people we want our children to become.” A Minnesota mother explained that she found the show’s lack of rudeness refreshing: “I am a Christian and I am fussy about TV shows. I’m thankful you don’t use such words as ‘Shut up’ and the other slang words.”6 As many other parents contended, ZOOM offered a refuge from the commercialization of children’s media.

For the children who were its central audience, ZOOM felt like a community of friends. ZOOM’s call for viewer-produced content encouraged young people to see themselves as competent. Anyone could try the crafts and games that ZOOMers demonstrated; anyone could send ZOOM a joke or a riddle. Although the weekly song and dance performances were choreographed, they were obviously performed by amateurs. The inclusion of ZOOMers and ZOOMguests of varied races, religions, regions, and interests further encouraged many young viewers to feel represented by children like themselves.

Over the course of six seasons, the series effectively served as a national cultural clearinghouse for information and activities of interest to American children. Many children who watched ZOOM in the 1970s later described the series as an important cultural benchmark of their youth. The series inspired a second-generation PBS remake, also produced at WGBH (1999-2005), whose audience included some of the sons and daughters of its original fans. Now, instead of sending letters through the U.S. postal service, children could connect with the show via electronic “zmail.” More recently, in the first months of the COVID-19 pandemic, former ZOOMers from both series contributed ideas for creative stay-at-home activities in the spirit of the original television program.

Associate Professor of History, The University of British Columbia 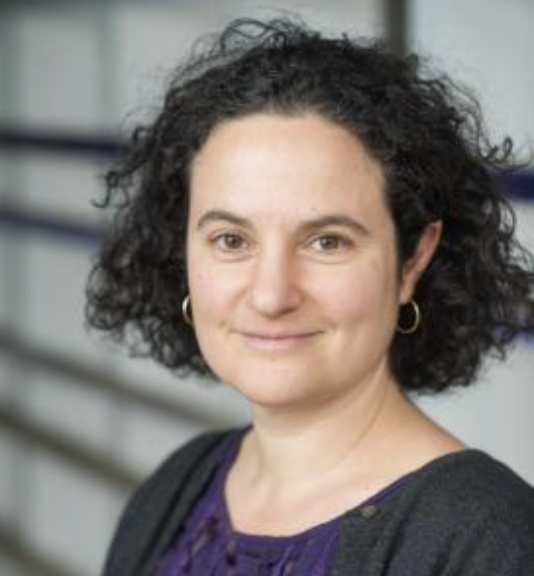