Public television and radio have extensively covered the efforts of Native American activists to protect their tribal sovereignty and to remind the federal government of its treaty obligations. Beginning in the late 1960s, the American Indian Movement (AIM) organized Native Americans across the United States to advocate for increased representation in mainstream media and self-determination for Native peoples. A part of the larger Red Power Movement, AIM became an internationally recognized group fighting for Native American rights. The following section examines how public broadcasting covered key AIM protests, including the occupation of Alcatraz Island and the siege of Wounded Knee.

AIM was formed in 1968 in response to police brutality against Native peoples in Minneapolis, Minnesota. Original founders include Dennis Banks (Ojibwe, 1937-2017), Clyde Bellecourt (Ojibwe), Mary Jane Wilson (Ojibwe, 1937-2012), and Pat Ballanger (Ojibwe) among others. Prominent leaders who later joined the organization include Russell Means (Oglala Lakota, 1939-2012) and John Trudell (Santee Sioux, 1946-2015). In a speech delivered in 1974 at Antioch College in Yellow Springs, Ohio, Clyde Bellecourt discusses AIM’s origins and the police harassment that they experienced. He details how the movement established schools and other social initiatives similar to programs created by the Black Panthers to better serve their communities — goals that spread throughout North America with the creation of AIM chapters in other states and Canada.34 Furthermore, he discusses a series of murders committed against Native peoples by white Americans that spurred AIM to fight for justice and fair sentencing against white perpetrators. The Pacifica Radio series The Road to Wounded Knee (KPFA, Berkeley, California, 1973) covers AIM’s history and philosophy with activist Carter Camp (Ponca, 1941-2013). Camp touches on the murders of Raymond Yellow Thunder (Oglala Lakota, 1921-1972) and Wesley Bad Heart Bull (Oglala Sioux, 1952-1973) and discusses the spiritual leadership of medicine man Leonard Crow Dog (Sicangu Lakota, 1942-2021), who is also interviewed in the series. Crow Dog is the subject of the documentary Crowdog (Educational Broadcasting Corp., 1979), in which he and his wife, Mary Crow Dog (Sicangu Lakota, 1954-2013), talk about their experiences during the occupation of Wounded Knee.

AIM leaders consciously engaged commercial and public media outlets in order to publicize and gain support for their cause.35 Early coverage of events such as the occupation of Alcatraz Island was favorable, but often conveyed a light and superficial tone that did not take seriously the goals of AIM activists.36 Beginning in 1971, the occupation of Alcatraz was originally organized by the inter-tribal group Indians of All Tribes. AIM later joined their efforts with activists across the country, including Wilma Mankiller, the first female grand chief of the Oklahoma Cherokees. In occupying Alcatraz, activists wished to gain title to the land in order to build a cultural and educational center.37 Most of the media attention was local and originally depicted activists "romantically as good Indians, idealistic and noble."38 As the occupation continued, however, the media increasingly portrayed activists as violent and savage.39 This trend in news coverage continued with other key AIM events such as the siege of Wounded Knee.

In 1972, AIM organized the Trail of Broken Treaties, a march that ended with the occupation of the Bureau of Indian Affairs (BIA) headquarters in Washington, D.C. The march aimed to pressure President Richard M. Nixon into recognizing the government’s unfair treatment of Native communities and the numerous violations of treaty rights.44 Clyde Bellecourt, in a 1974 talk at Antioch College, discusses how activists removed 30 tons of files from the BIA during the occupation. Later, the records would reveal the existence of an involuntary sterilization program run by the Indian Health Service (IHS). Although the exact number of women who were sterilized is unknown, Native American Studies professor and United Native Americans co-founder Lehman Brightman (Lakota/Creek, 1930-2017) estimated that as many as 40% of Native women and 10% of Native men were sterilized throughout the 1970s, though he did not offer evidence to substantiate the estimate.45 Dr. Constance Redbird Pinkerton-Uri (Choctaw/Cherokee) started her own investigation after looking into complaints about sterilization at the Claremore, Oklahoma, IHS hospital.46 Both Lehman and Pinkerton-Uri continued to call for an end to the program and challenged Senator James Abourezk (D, SD) to investigate. Ultimately, their efforts led to a Government Accountability Office report, which found that between 1973 and 1976, 3,506 Native women were sterilized either by the IHS or their contractors in Albuquerque, Phoenix, Oklahoma City, and Aberdeen, South Dakota. Maria Sanchez, chief tribal judge of the Northern Cheyenne, also surveyed a group of Native women and found that at least 30 women, including two 15-year-old girls, were sterilized between 1973 and 1976.47 Sanchez, along with Dr. Pinkerton-Uri , discusses the sterilization program on an episode of Woman, "Concerns of American Indian Women" (WNED, Buffalo, New York, 1977). Sanchez also is interviewed in an episode of The MacNeil/Lehrer Report (WNET/WETA, 1976) that was devoted to the topic of sterilization.

Other important AIM protest events include the siege and occupation of Wounded Knee in 1973 and the Longest Walk in 1978. The events at Wounded Knee began in response to U.S. interference in the Pine Ridge Reservation government led by tribal chairman Dick Wilson (Oglala Lakota, 1934-1990) and to address violations of the 1860 Fort Laramie Treaty. Vernon Bellecourt (Ojibwe, 1931-2007), interviewed in 1973 by KPFA (Berkeley, California), discusses the events leading up to Wounded Knee and the corruption of Wilson’s government. Activists originally planned to protest against U.S. interference in the Pine Ridge government for one day only but were surrounded by Wilson’s enforcement squad, Guardians of the Oglala Nation (GOONs), and were unable to leave. The entire 71-day siege is described in detail in the 1973 Pacifica Radio series The Road to Wounded Knee. The episode "Conditions at Pine Ridge" examines the tense political environment of the Pine Ridge Reservation that led to the siege, and the whole event is described in the episode "Chronology of Events at Wounded Knee."48 After the occupation ended, Wilson and his GOONs began terrorizing and assassinating AIM members and opponents living on the Pine Ridge Reservation. "Program about Pine Ridge Indian Reservation, South Dakota" (WYSO-FM, Yellow Springs, OH, ca. 1976-77) details how Wilson faced political opposition from Russell Means (Oglala Lakota, 1939-2012) and was later ousted from tribal office by Al Trimble (Oglala Lakota, 1928-1982) in 1976.49 Even as Wilson harassed AIM, the FBI targeted them for infiltration in their COINTELPRO program, as an interview in "American Indian Movement Infiltration, February 24, 1976" (National Federation of Community Broadcasters) asserts, and later expanded their efforts to increase internal factionalism through investigations and witness tampering.50

"Wounded Knee," an episode of the radio series Sunday Forum (WGBH-FM, Boston, 1973), further examines the history of the siege of Wounded Knee and the goals of AIM activists. In particular, the program features AIM members and white volunteers at Wounded Knee discussing their frustration with the American news media, the manipulation of coverage by the U.S government, and the restriction of press passes by the U.S. government. One white volunteer says:

And the impression that we had gotten from the press was that [AIM] had sort of gone in and instigated [the events of Wounded Knee], that, in fact, the whole, you know, rebellion or whatever it’s called in the straight press, on the reservation had been instigated and carried out by AIM, and that there were few Oglala involved in it. And this simply wasn’t true.

Such coverage exemplifies ways in which national news media outlets often used Native American stereotypes to create narrative frameworks that could be easily conveyed in short news clips. In a study of national commercial news coverage of AIM protests, Tim Baylor found that the news media often used five frameworks, including those he labeled "Stereotype" and "Militant." The description of AIM members as rebellious outsiders exemplifies the characterization of social movement activists common to the Militant framework.51 As the siege continued, many outlets began covering the events as if "from a ‘war correspondent’s perspective.’"52 Local news coverage also portrayed AIM activists as invaders who disrupted the peace.53 In the same episode, Russell Means condemns mainstream coverage of Wounded Knee, echoing similar criticisms of the press made during the occupation of Alcatraz Island:

Leonard Peltier, another key activist in the American Indian Movement, was convicted in 1977 of murdering two FBI agents in a shootout at Jumping Bull’s Ranch on the Pine Ridge Reservation in South Dakota. His conviction has been widely criticized for many reasons, including charges of witness tampering and withholding of evidence by the FBI. Sentenced to two life terms, Peltier remains in prison despite numerous efforts for a retrial and his release.54 NewsNight Minnesota has extensively covered Leonard Peltier’s fight for justice, including a 1996 interview with Dennis Banks on efforts to achieve Peltier’s release and coverage in 1995 of International Leonard Peltier day. The MacNeil/Lehrer NewsHour also featured the visit in 1987 of two Soviet doctors to Peltier to treat an incurable eye disease.

The Longest Walk, organized in 1978 by Dennis Banks (Ojibwe, 1937-2017), began in response to proposed legislation to repeal all treaties with Native Americans. The Walk was covered in an episode of The MacNeil/Lehrer Report (WNET/WETA, 1978) that also featured a discussion on Native American Fishing Rights. A week after the 1978 Walk, Congress passed the American Indian Religious Freedom Act. Ten years later in 1988, activists organized another Walk with more than one hundred nations and tribes from the U.S. participating, as well as international Indigenous groups.55

AIM laid the groundwork for widespread changes in federal policies and increased recognition of contemporary Native American communities. The organization continues to fight for equality with chapters still active across the country. In June 2020, AIM activists participated in protests against the murder of George Floyd (1973-2020) in Minneapolis, the birthplace of the American Indian Movement. Additionally, Native American communities continue to fight for environmental and social causes, most recently with protests against the Keystone and Dakota Access pipelines. 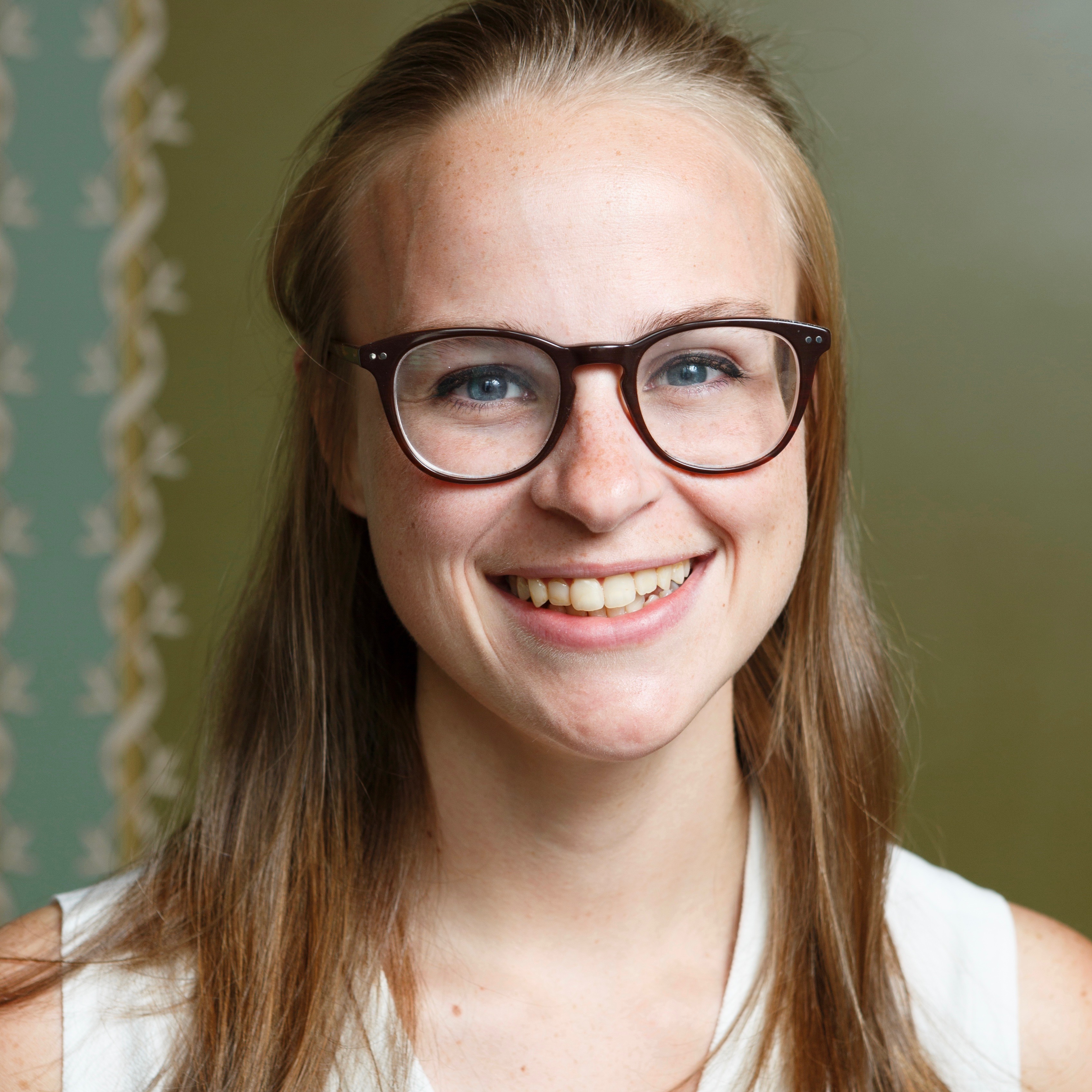 American Experience, "What was the American Indian Movement?" (2009)