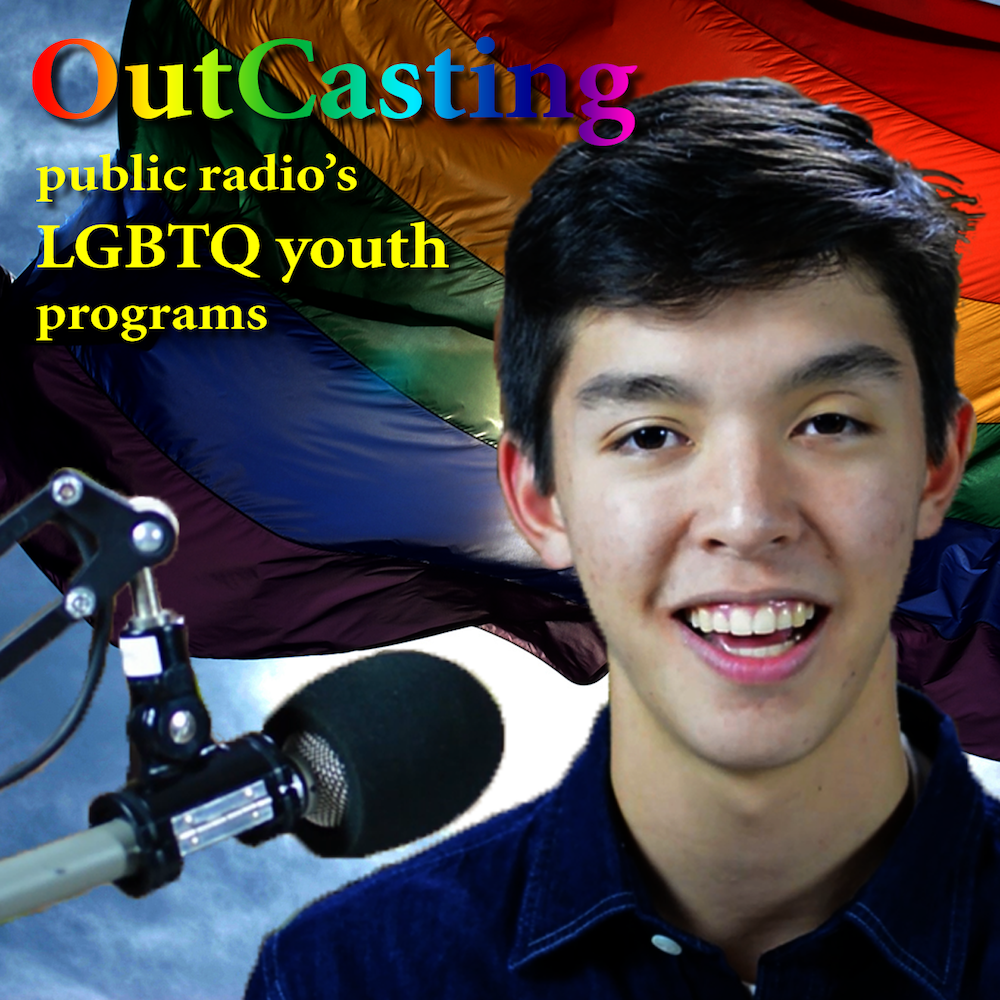 The OutCasting Collection comes from Media for the Public Good, Inc. / OutCasting Media, an organization based in New York’s Lower Hudson Valley. Included in the collection are 129 episodes from three distinct series produced by Media for the Public Good, Inc. / OutCasting Media: OutCasting, the main program, which debuted over the radio waves in 2011 as a platform to discuss concerns, issues, and experiences of LGBTQ folks; OutCasting OffAir, later called OutCasting Overtime, initially an online-only program that subsequently became available for on-air broadcast, featuring commentaries and discussions by youth participants (called OutCasters) on a wide range of issues; and OutCasting Plus, which debuted in 2017 and includes an “OutCasting Ga[y]me Show,” a quiz-formatted and mostly lighthearted discussion of LGBTQ current events. OutCasting is created by and for LGBTQ youth and straight allies, and is intended for a general listening audience that is open to learning about LGBTQ issues but may not know much about them.

Episodes from OutCasting Media deal with issues in depth as seen from the perspectives of LGBTQ youth and straight allies, including topics like marriage equality, gender identity, relationships with family and community members, media representation of LGBTQ people, challenges faced by trans people in sports, the legacy of Stonewall, what makes someone's voice stereotypically gay, intersex, transitioning, coming out, religion, politics, families, homophobia, transphobia, LGBTQ visibility, and histories of the LGBTQ community.

OutCasting and its related content is produced by Media for the Public Good, Inc. / OutCasting Media, based in New York's Lower Hudson Valley. OutCasting began as a local program heard on WDFH, owned by the Hudson Valley Community Radio, Inc. When WDFH went off the air in 2013, the organization’s name was changed to Media for the Public Good, Inc. Outcasting became nationally distributed on Pacifica and subsequently on PRX.

In 2019 Media for the Public Good, Inc. / OutCasting Media submitted episodes of OutCasting to the AAPB.

Some episodes in the collection are multi-part conversations on the same topic. When applicable, the parts are linked together in the AAPB.