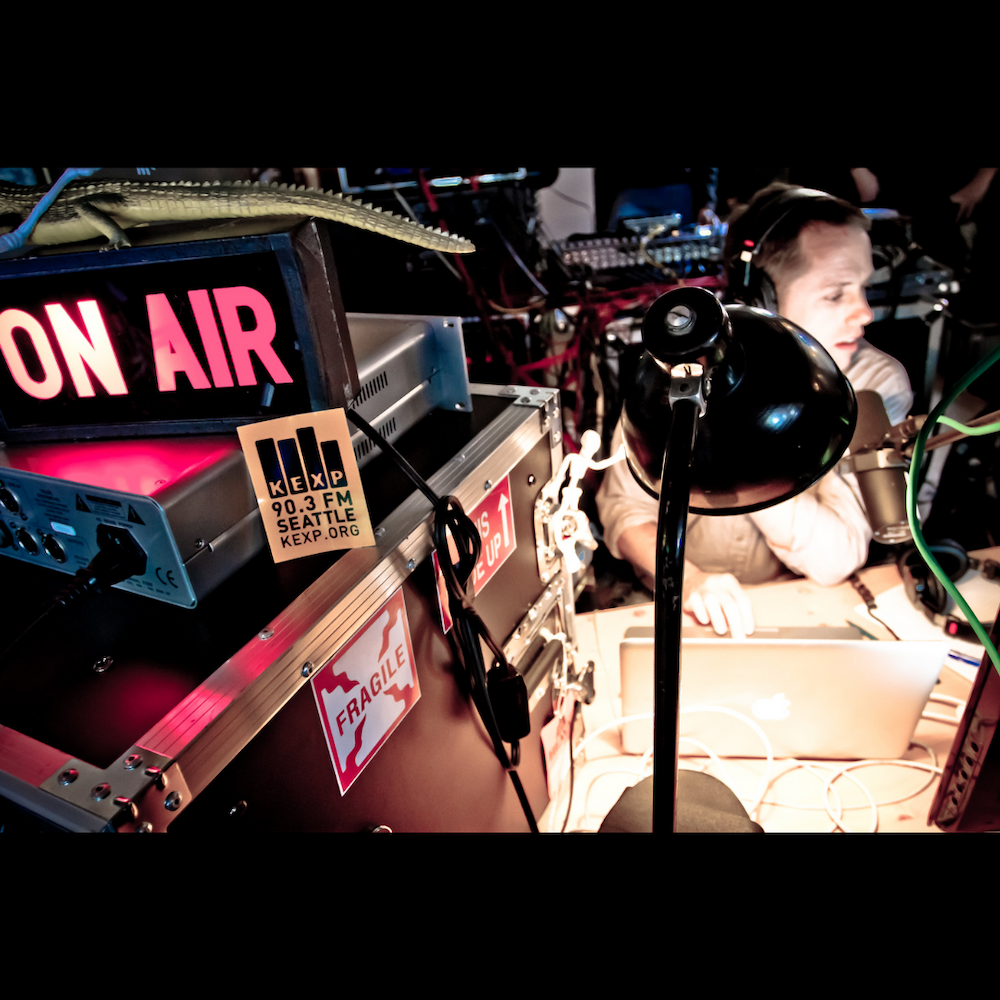 The KEXP Live Performances Collection consists of more than 2,400 digitized recordings of live performances that took place in the 1990s and 2000s, with 926 available for public streaming. During these live broadcasts, local Seattle area and international artists alike would perform their music and provide interviews about their careers, giving an insight into the lives of the performers, their backgrounds, and the world as they experienced it. The genres featured in this collection are various and include blues, pop, rock, electronic rock, alternative rock, and more. Today many of these bands and artists continue to create music, some having reached international recognition.

KEXP has been at the heart of Seattle's thriving music scene for the past five decades. Founded in 1972 as student- and volunteer-run KCMU at the University of Washington, the radio station became community supported in 1981 following budget cuts from the university. In 1986, the station increased their wattage to 400 watts and moved their transmitter to reach a 15-mile radius audience. With help from the Paul G. Allen Family Foundation, KCMU became KEXP 90.3 FM in 2001, moving to a high-tech studio and increasing its wattage further to 720. As a 501(c)3 nonprofit arts organization formed at the same time, KEXP’s mission is to “enrich your life by championing music and discovery.” Designed to benefit music lovers, artists, and the arts community, KEXP continues to be a station powered by the community, reaching nearly 300,000 listeners around the world through on-air and online services.