Broadcasting in the Public Interest: The Newton Minow Collection 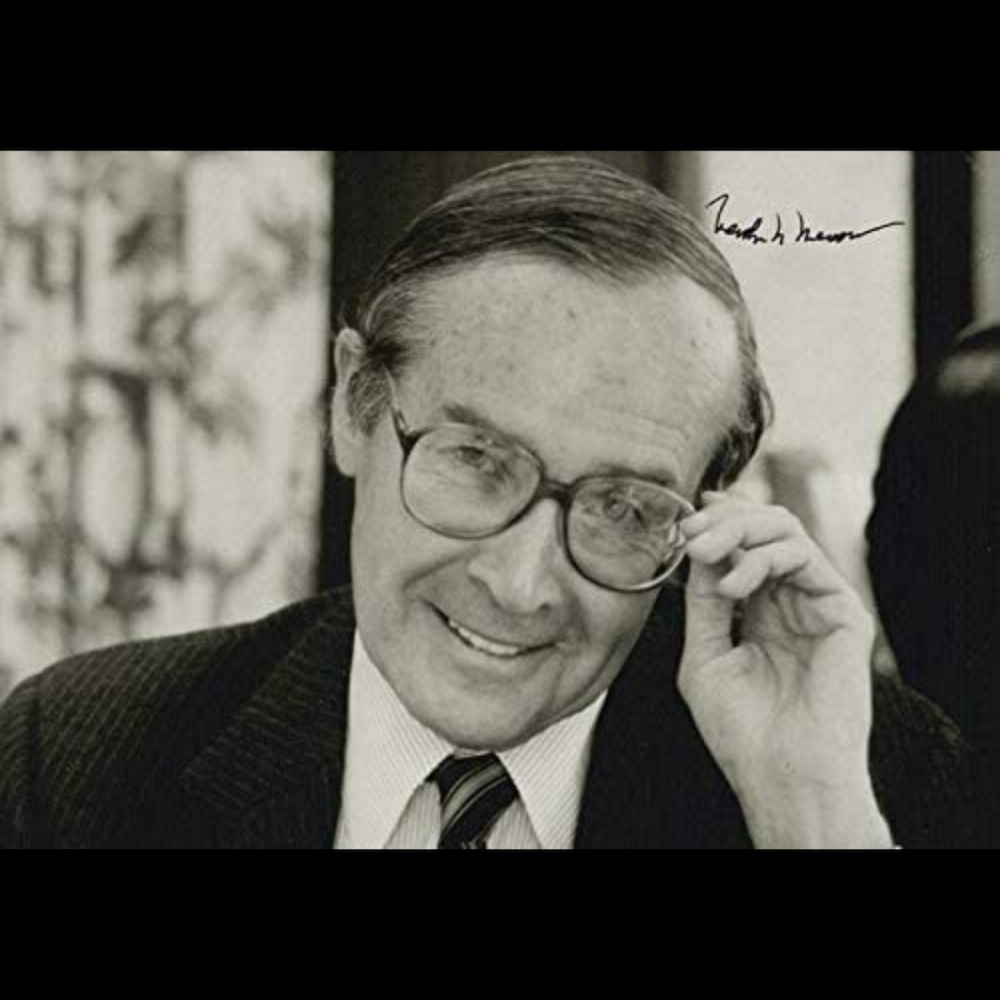 This special collection honors Newton Minow, former Chairman of the Federal Communications Commission (FCC) and an instrumental player in the development of noncommercial television. The collection includes materials in the AAPB that feature Minow, including interviews, panels, testimonies, events, and profiles. Materials in the collection are from 1961 to 2016 and come from a wide range of series, including The Prospect of Mankind with Eleanor Roosevelt, North Carolina Now, PBS NewsHour, and The MacNeil / Lehrer Report.

Formerly a law clerk to Chief Justice of the Supreme Court Fred M. Vinson, Minow was appointed by President John F. Kennedy to be FCC Chairman in March 1961, where he served until 1963. Years later, Minow recalled that in 1956, his friend Robert Kennedy, the president’s brother, had shared his thoughts on the growing importance of television in American life: “’When I grew up,’ Bob said, ‘I thought there were three great influences on a child: the home, the school, and the church. . . . I realize now raising my own children, there’s a fourth and it’s television. . . . My kids are watching television, they’re fascinated by television. Can’t we do something to improve it? Make it more educational and informative for kids.’” Known as a “crusading FCC Chairman,” Minow delivered a speech in May 1961 to the National Association of Broadcasters entitled “Television and the Public Interest,” in which he characterized the commercial television landscape as a “vast wasteland” and advocated instead for public service television. Minow successfully encouraged the commercial networks to expand their nightly news programs from fifteen minutes to half an hour, and while the phrase “vast wasteland” remains part of the national lexicon to this day, Minow’s achievements in the realm of public broadcasting are less widely known.

Although more than 250 frequencies had been reserved for education television stations by the time Minow became FCC Chairman, only 52 were active due in large part to funding issues. No educational station existed at all in New York City, Los Angeles, or Washington, D.C. When he learned that the owners of a New Jersey station near New York City planned to transfer ownership to another commercial entity, Minow persuaded the FCC to hold up its approval process during a period of inquiry until the owners agreed to sell the station to National Education Television (NET). After Minow traveled to Los Angeles to complain that of the seven stations there, none was noncommercial, KCET was launched in 1964. Minow successfully pushed through Congress the Educational Television Facilities Act of 1962 to authorize federal grants for educational station construction and repair, marking the first time that federal funds had been allocated for educational television, a process that led five years later to the passage of the Public Broadcasting Act of 1967 and the establishment of the nationwide system that exists today. During his tenure as FCC Chairman, Minow also shepherded through to passage the All Channel Receiver Act, ensuring that all new television sets would include a tuner to receive UHF channels, the portion of the spectrum to which most educational stations had been assigned.

Minow later became a director of NET, served on PBS’s Board of Governors from 1973 to 1980, a period when the system strengthened significantly, and was its chair from 1978 to 1980. He has also served as the Chairman of WTTW in Chicago and as a member of the American Archive of Public Broadcasting’s Executive Advisory Council. Minow was awarded the Presidential Medal of Freedom in 2016, the Peabody Award in 1961, the Woodrow Wilson Award for Public Service, and the PBS “Be More” Award in 2016.

Materials in this collection come from a variety of series.

Trained as an attorney, Newton Minow was appointed as FCC Chairman by President Kennedy in 1961, where he served until 1963. He encouraged the communications industry to establish public service television, which eventually culminated in the establishment of public broadcasting in the U.S.

Records are described at an item level and all records contain brief descriptions. All records include titles but many also include dates, locations, and important people featured in the piece.