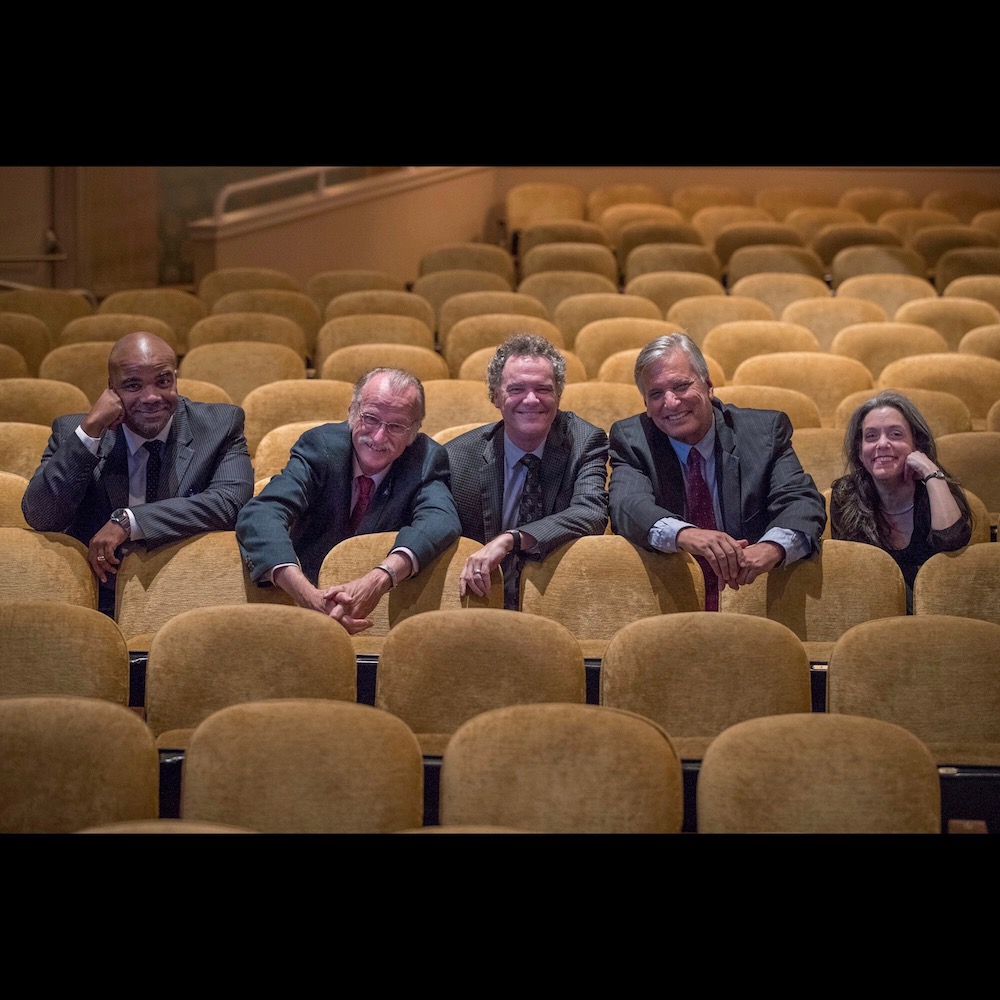 The BackStory Collection contains 241 episodes from the popular public radio series and podcast on timely topics in American history. The series, which delves into the history, or “backstory” of current events and ideas in the U.S., is produced by Virginia Humanities, a state humanities council tasked with connecting Virginians to their state’s history and culture. BackStory began as a monthly public radio show in 2008 with hosts Ed Ayers, Peter Onuf, and Brian Balogh known collectively as “The American History Guys.” In 2017, BackStory began publishing as a podcast only. Onuf transitioned to a consulting and guest host role and historians Nathan Connolly and Joanne Freeman joined the team. In episodes, BackStory’s hosts, all renowned historians and educators, discuss connections between the present and the past in a way that, according to the show’s website, “makes learning about history like going to a lively cocktail party.” Along with the hosts, episodes regularly feature guest historians and questions from audience callers. Episodes in the collection feature conversations about how subjects with deep roots in American history and culture – censorship, conspiracy theories, maps, dating and courtship, death and mourning, the color green, taxation, guns, populism, satire, and women in politics – have impacted American lives, often in surprising ways. Subjects in this collection include American history, women, race, racism, social life, education, religion, politics, economics, health, immigration, war, and holidays.

Ed Ayers has been named National Professor of the Year, received the National Humanities Medal from President Obama at the White House, and won the Bancroft, Beveridge, and Lincoln prizes in American history. He is university professor of the humanities and president emeritus at the University of Richmond. Ayers has served as president of the Organization of American Historians and as the founding chair of the board of the American Civil War Museum. He incorporates BackStory in New American History, dedicated to sharing innovative work in words, maps, audio, and video with broad audiences and the nation’s schools.

Brian Balogh is a Professor of History at the University of Virginia. He is the author of “The Associational State: American Governance in the Twentieth Century,” “Chain Reaction: Expert Debate and Public Participation in American Commercial Nuclear Power, 1945–1975,” and “A Government Out of Sight: The Mystery of National Authority in Nineteenth-Century America.” Balogh is currently at work on “In the Nation’s Backyard: How History Preserved Rural Life in Green Springs, 1970 to the Present.” He is the recipient of the American Historical Association’s 2015 Nancy Lyman Roelker Award honoring those “who taught, guided, and inspired their students in a way that changed their lives.”

Nathan Connolly is the Herbert Baxter Adams Associate Professor of History at Johns Hopkins University. His first book, “A World More Concrete: Real Estate and the Remaking of Jim Crow South Florida,” received the Liberty Legacy Foundation Book Award from the Organization of American Historians, the Kenneth T. Jackson Book Award from the Urban History Association, and the Bennett H. Wall Award from the Southern Historical Association. Connolly’s academic interests explore a range of topics, including American politics, Caribbean immigration, urban history, and comic books. He’s most recently begun a book-length family history about four black women whose forbearers migrated between the Caribbean, Europe, and the United States between the early 1900s and the 1990s. The book, Four Daughters tells the story of America from the vantage point of immigrants, women of color, and the sometimes far-away places upon which the United States depends.

Joanne Freeman is a professor of History and American Studies at Yale University and author of the award-winning “Affairs of Honor: National Politics in the New Republic.” She is also the editor of “The Essential Hamilton: Letters and Other Writings,” and “Alexander Hamilton: Writings,” one of the Atlantic Monthly’s “best books” of 2001. Freeman’s work focuses on early national political culture and political violence. Her extensive knowledge of dueling and Hamilton influenced the creation of the Broadway musical Hamilton by Lin-Manuel Miranda, who called her work “indispensable.” Her Yale online course, “The American Revolution,” has been viewed in homes and classrooms around the world. She was awarded the DeVane Award for Teaching and Scholarship by Yale University in 2017. A lead consultant for the National Park Service’s renovation and reinterpretation of Hamilton’s home, the Grange, Freeman has made frequent appearances on PBS and the History Channel, and offered commentary to a wide range of news media outlets. Her current book, “The Field of Blood,” a study of physical violence in the U.S. Congress, published September 2018. She’s also working on “Hunting for Hamilton,” an introduction to the fun and challenges of getting to know Hamilton and his world.

Peter Onuf is the Thomas Jefferson Foundation Professor of History, Emeritus, at the University of Virginia and Senior Research Fellow for the Robert H. Smith International Center for Jefferson Studies at Monticello. Onuf is the author and editor of twelve books including “The Mind of Thomas Jefferson.” His most recent book is “Most Blessed of the Patriarchs,” co-authored with Harvard’s Annette Gordon-Reed. Peter and Annette’s work has “reshaped scholarship on Jefferson” according to the New York Times. Peter has written extensively on sectionalism, federalism, and political economy, with a particular emphasis on the political thought of Thomas Jefferson.

BackStory, produced by Virginia Humanities, began in 2008 as a monthly public radio series and podcast with hosts Ed Ayers, Peter Onuf, and Brian Balogh. By 2012, the series expanded to a weekly, national format, and in 2017 expanded further to include hosts Joanne Freeman and Nathan Connolly, as Peter Onuf transitioned to a contributor role. BackStory wrapped production in July of 2020.

BackStory contributed episodes to the American Archive of Public Broadcasting (AAPB) starting in 2019.