What’s a newsmagazine? Though the term may seem unfamiliar, newsmagazines number among the most successful television and radio programs in recent history. Taking a cue from both commercial and experimental precedents, independent public broadcasting stations began to adopt the format during the 1970s. The newsmagazine has since persisted on public media as an alternative and localized approach to nightly news shows common on mainstream networks and larger public television stations. "Structuring the News: The Magazine Format in Public Media" examines both the content and structure of newsmagazines, and situates the format within the context of how our public broadcasting system has evolved since the Public Broadcasting Act was signed into law in 1967.

An Introduction to Newsmagazines

Newsmagazines, often recognizable through their alliterative monikers like “NewsNight Minnesota” or “North Carolina Now,” share a unique narrative structure. The word "newsmagazine" is a portmanteau used to describe programming that combines a magazine-style format, or a show consisting of sequential, unrelated features (to the same effect of flipping through a print magazine), with a focus on news content. Mainstream examples include NPR’s All Things Considered and ABC’s 20/20, but the paradigm of the genre is generally considered to be CBS’s 60 Minutes. With the rise of 60 Minutes, the newsmagazine gained traction as a distinct method for presenting news that was more appealing to audiences than traditional newscasts.

The history of the independently-produced newsmagazine is woven into the history of our country’s public broadcasting system, which has continuously distinguished itself from commercial media through its core values and principles. These values include a commitment to providing free access to high-quality programming that informs, educates, and enlightens its viewers,1 programming that is unaffected by political influence or financial gain,2 and programming specifically created for and about underserved communities.3 With respect to news, public broadcasting addresses a need for “accuracy and integrity in the pursuit of facts about events, issues, and important matters that affect communities and people’s lives” and “transparency in news gathering, reporting, and other content creation [that shares] the reasons for important editorial and programming choices.”4 This exhibit features programs from across the country that reflect these choices.

Most of the newsmagazines exhibited here were originally broadcast locally and are available through the American Archive of Public Broadcasting for the first time together as a unified collection. Covering issues from labor strikes to prisoner rights, these programs emphasize conversations and voices often overlooked by network news shows. This inherently local perspective not only relates to the type of content valued by the public broadcasting community, but also derives from the way the public broadcasting system is structured within the United States--a structure made possible by the Public Broadcasting Act of 1967.

Though previous legislation and regulatory actions beginning in the 1920s recognized the importance of educational and public service programming, it wasn’t until the Public Broadcasting Act of 1967 that the public broadcasting infrastructure as we know it today was fully realized. The act established the Corporation for Public Broadcasting to distribute for the first time federal funds to thousands of local radio and television stations, sustaining public broadcasting services nationwide. As we approach the 50th anniversary of President Lyndon B. Johnson signing the act on November 7, 1967, "Structuring the News: The Magazine Format in Public Media" looks back at the legacy of this moment as it relates to the development of public news programs. This new system, envisioned to “belong to all of our people,”5 paved the way for some of the most treasured programs in American culture to reach viewers and listeners in diverse communities throughout the nation, including local newsmagazines.

"It will be free, and it will be independent--and it will belong to all of our people.” - President Lyndon B. Johnson on establishing the Corporation for Public Broadcasting, 1967.

Noncommercial broadcast content, especially programming shared by PBS and NPR, is often associated with storytelling; Frontline and even WNYC’s Radiolab profile important issues using long-form narrative strategies, which have become a signature of public media journalism. Newsmagazines, by extension, exist somewhere between documentary storytelling and soft news, fulfilling two public broadcasting missions at once: to keep the public informed of both local and national issues, and to do so in a thoughtful, creative, and engaging way. 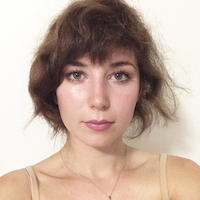