Latino Empowerment through Public Broadcasting was created by two interns in the Library of Congress’ Hispanic Association of Colleges and Universities (HACU) National Internship Program. Alexandra García, then a student at the University of Puerto Rico at Cayey, conceived the exhibit’s theme, created an initial organizational structure, and completed the first two sections of the exhibit: The Origins of Latino Community Radio; and Latino Public Television History. After Alexandra’s internship ended, Gabriela Rivera, then a student at the University of Puerto Rico, Rio Piedras, and currently a PhD student in Hispanic Linguistics at the University of Florida, revised the exhibit’s structure and created the final three sections: The Immigrant Experience through Public Broadcasting; Voices of Dissent: Life and Challenges of the Latino Community; and Identity and Culture. We are grateful to the anonymous reviewers of the exhibit essays for their helpful guidance. Thanks also to William Q. Sánchez, Raquel Ortiz, Hugo Morales, Samuel Orozco, Dolores Inés Casillas, Monica De La Torre, Jesús Salvador Treviño, Kevin R. Johnson, Arcelia Gutiérrez, Paola Nieves, Charles Ramírez Berg, and Christina DiPasquale for their help and advice.

Latino Empowerment through Public Broadcasting draws on Spanish, English, and bilingual programming in the AAPB collection to explore ways that public radio and television over the past fifty years has provided Latinos with airspace to communicate their cultures, histories, hopes, and concerns. Beginning in the late 1960s, Latino activists associated with farmworker, Chicano, and Puerto Rican movements spearheaded drives to establish bilingual community radio stations in rural locales and create television programming in urban centers to address the diverse lives of Spanish-language speakers, and to bridge Latino and Anglo cultures. The radio programming served communities with news and information that was unavailable on commercial stations concerning health, housing, labor, legal, environmental, immigration, and education-related issues. The new stations provided music, dance, theatrical presentations, sports, and documentaries. Call-in shows gave Spanish speakers opportunities to publicly voice their views on issues that affected their lives. Feminist-oriented programs produced by women addressed topics such as abortion, birth control, domestic violence, and gender roles. The stations provided training for community members to begin careers in broadcasting and production.

Activists used funding from the U.S. Office of Education and the Ford Foundation to create Spanish-language and bilingual children’s shows for public television, such as Carrascolendas, produced by Aida Carrera out of KLRN in Austin, Texas. In Los Angeles, the KCET series ¡Ahora! debuted in 1969 as the first show to portray current Chicano issues, events, history, culture, and political struggles. Activist/filmmaker Jesús Salvador Treviño organized the Spanish-surnamed employees from KCET to sign a petition stating that they would resign en masse unless the station supported a weekly television show for the Chicano community, resulting in Acción Chicano. Puerto Rican activists in New York took over the WNET television studio after months of failed negotiations to demand a public affairs series that addressed the Latino community. With support from the Corporation for Public Broadcasting, WNET subsequently aired Realidades, the first national Latino bilingual series in the history of American television. Writer/producer/director Raquel Ortiz brought experience gained with Realidades to Boston to develop La Plaza, a WGBH series focused on Latino issues and culture. In New Jersey, producer/director William Q. Sánchez and colleagues developed Images/Imágenes out of frustration that representation of the Puerto Rico community on television was mostly negative. After much struggle, a national collaboration of Latino activists succeeded in securing funding to produce programming relevant to Latino communities.

Scholars have told these stories well. Informed by their work, Latino Empowerment through Public Broadcasting provides access to programming in the AAPB collection that has been created by Latinos in addition to programs broadcast by mainstream national and local public radio and television stations that have offered Latinos forums to present their perspectives and voice their views.

Throughout the exhibit, we use the panethnic terms “Latino” and “Hispanic” interchangeably. Our usage is not intended to convey that Latinos represent a monolithic or unified societal group. Indeed, we hope that the exhibit will allow viewers and listeners to experience the heterogeneity of Latino cultures as reflected in public radio and television programs from the past 50-plus years. The exhibit includes programs by and about Mexican American, Puerto Rican, Salvadoran, and Cuban American communities – the four largest Latino groups in the U.S. – and to a lesser extent Dominicans and other Latino communities. Programs profile Afrolatino and indigenous groups within Latinidad.

AAPB is constantly expanding. We have instituted an initiative to collaborate with stations and producers to add more Spanish-language content to the archive. As we add programs to the archive, we will update this exhibit. A Spanish-language version of the exhibit will be forthcoming with additional content.

To accompany this exhibit, a two-part episode of “Presenting the Past,” a podcast collaboration between the AAPB and the Society for Cinema and Media Studies, features interviews with Latino public media pioneers Hugo Morales, Executive Director and Co-founder of Radio Bilingüe, and Jesús Treviño, television director, author and creator of Latiniopia.com, along with scholars Dolores Inés Casillas, Professor of Chicana and Chicano Studies and Director of the Chicano Studies Institute at the University of California, Santa Barbara, and Gabriela Rivera Marín, a doctoral student at the University of Florida studying Hispanic Linguistics and co-curator of the Latino Empowerment exhibit.

Next: The Origins of Latino Community Radio

The Origins of Latino Community Radio
Latino Public Television History
The Immigrant Experience through Public Broadcasting
Voices of Dissent: Life and Challenges of the Latino Community
Identity and Culture
Resource: 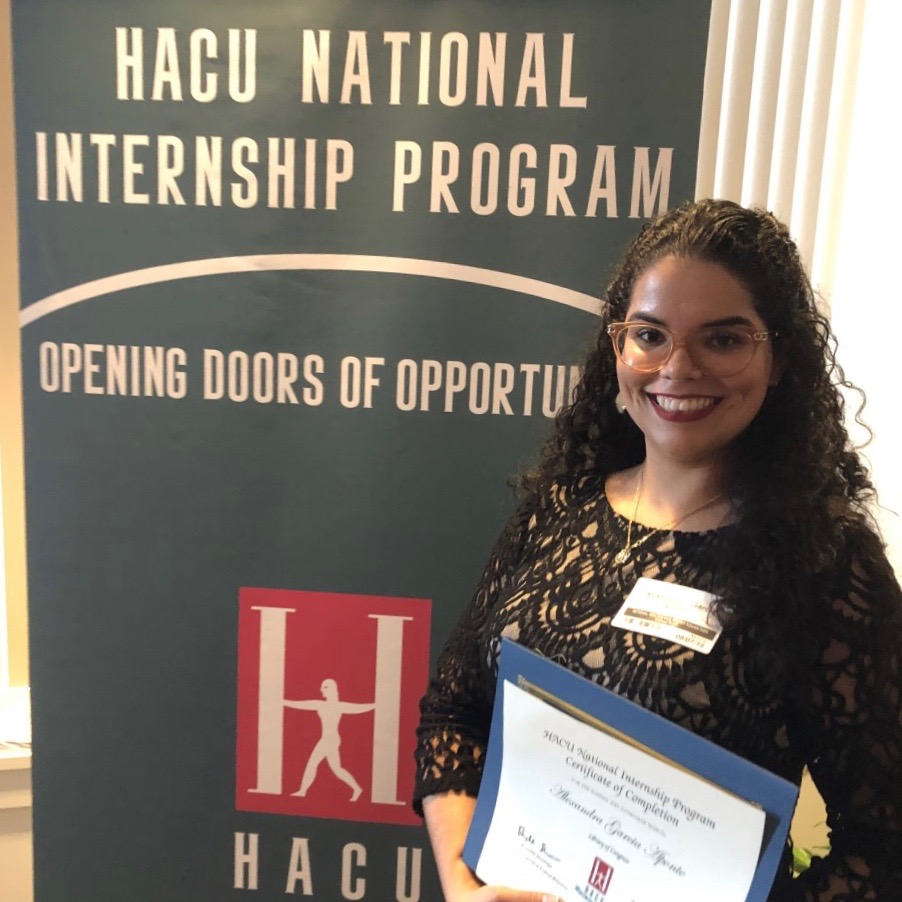 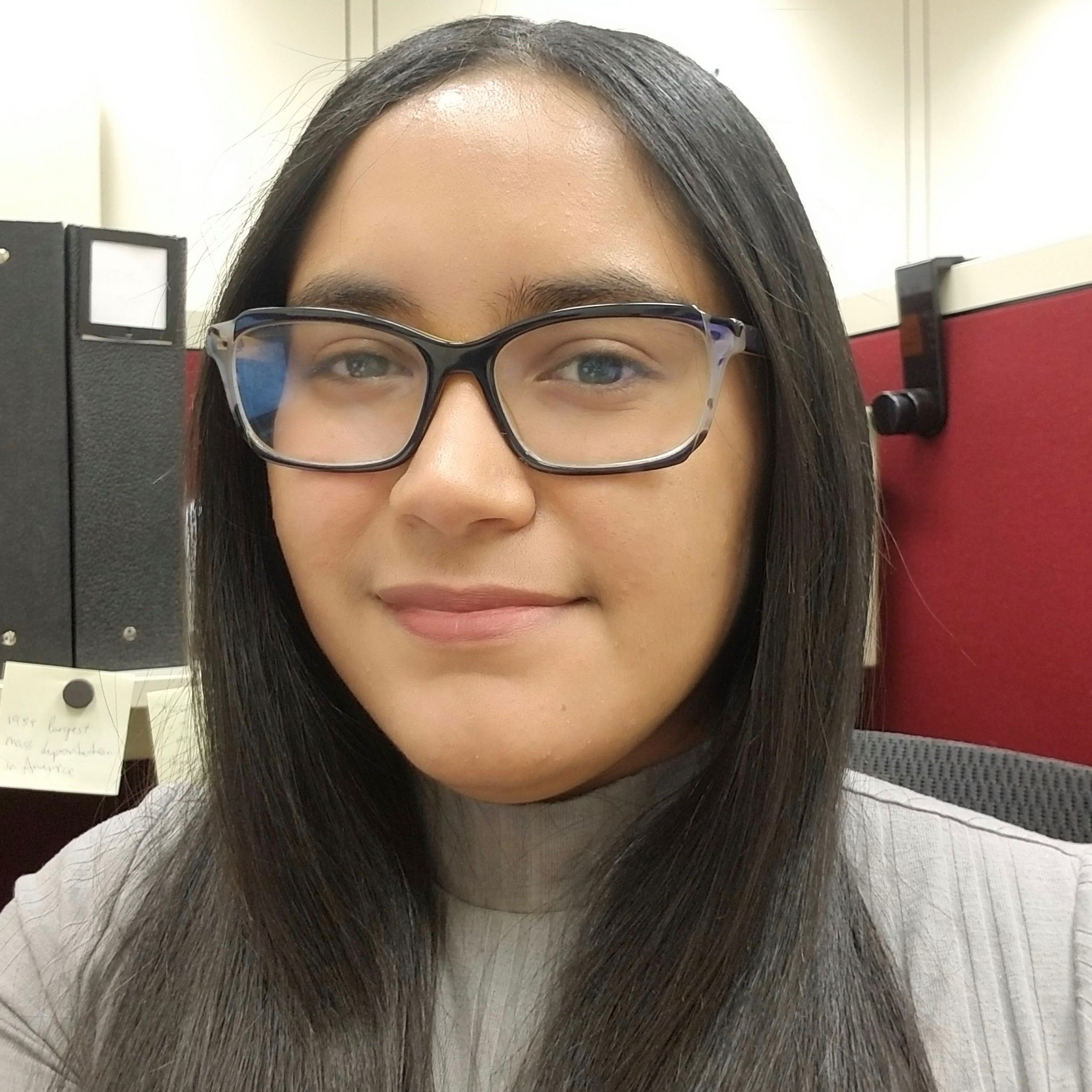