Prospects of Mankind with Eleanor Roosevelt 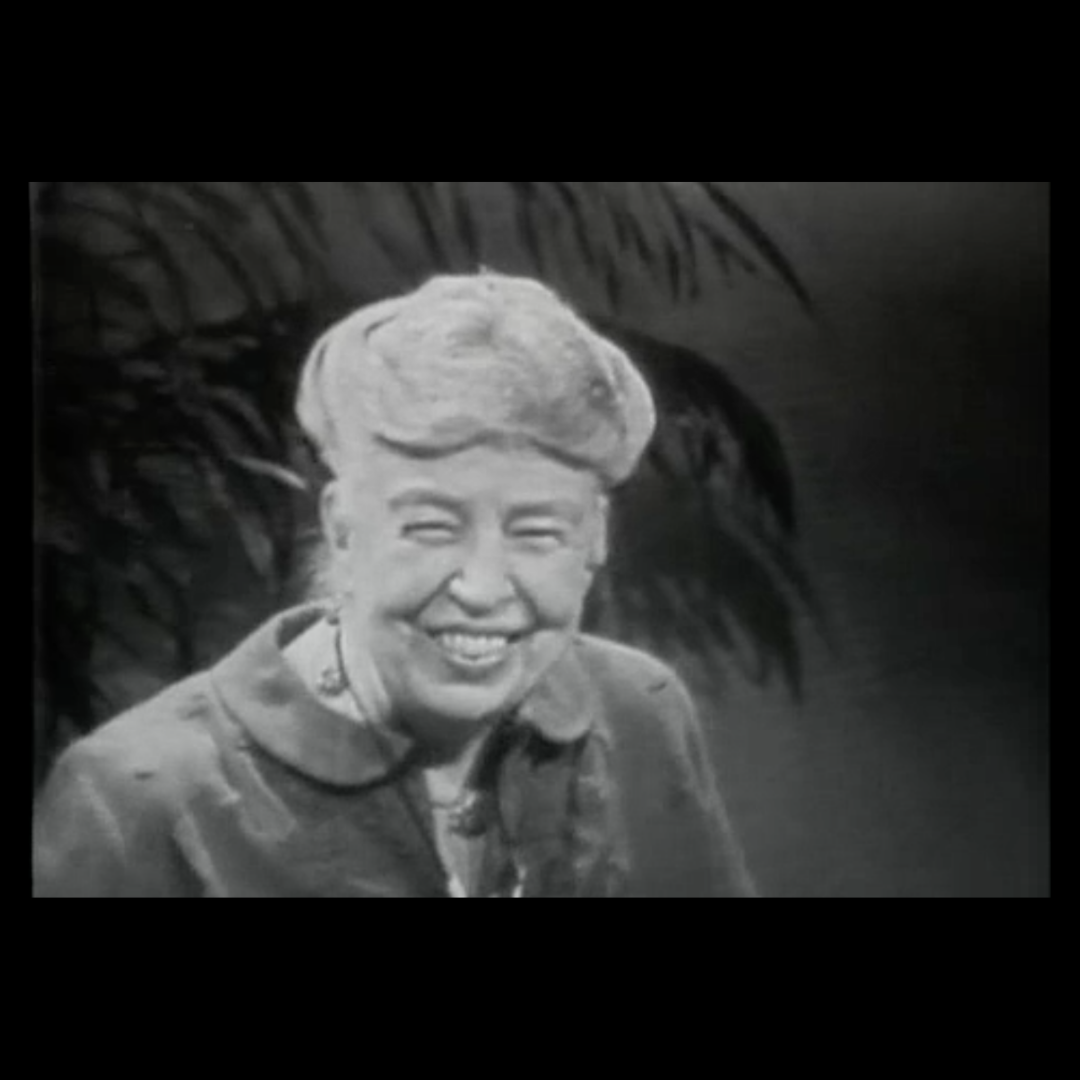 Prospects of Mankind with Eleanor Roosevelt was a monthly hour-long series of discussions produced by WGBH for National Educational Television (NET) and featuring former first lady Eleanor Roosevelt and her guests. The 29 episodes in the collection that make up the entirety of the series have all been digitized and made available on the American Archive of Public Broadcasting website. The brainchild of producer Henry Morgenthau III, the series was a forum for international political leaders, decision-makers, scholars, and journalists to discuss current world events and topics, with Roosevelt acting as host and moderator. Most episodes were filmed at Brandeis University’s Slosberg Music Center in front of a live audience. Guest panelists usually consisted of a key foreign figure or United Nations representative, a representative from American public life or academia, and a member of the press, in the hopes of fostering a well-rounded discussion. Produced in three seasons from September 1959 to June 1962, a period that began with hopes for peaceful coexistence between the U.S. and the Soviet Union, the series covered the final period of the Eisenhower administration and continued as Cold War conflicts around the world intensified during the first years of John F. Kennedy’s presidency. Episodes address a variety of subjects, including disarmament, the UN, Cuba and the threatened spread of communism in Latin America, African nationalism, the Berlin crisis, China, NATO, the Common Market, the American image abroad, and the crisis in Vietnam. In the third season, domestic-related concerns were added to the discussions, including challenges to American capitalism, both at home and abroad, non-commercial educational television and satellite communications, and the status of women. Guests on the show included President John F. Kennedy; Newton Minow, Chairman of the Federal Communications Commission; Julius Nyerere, President of the Tanganyika African National Union; author Santha Rama Rau; Edward R. Murrow, then USIA director under Kennedy; French intellectual Raymond Aron; economist Paul Samuelson; philosopher and theologian Paul Tillich; and Henry Kissinger, then the director of Defense Studies at Harvard University and consultant to various government boards and agencies on defense matters.

Prospects of Mankind with Eleanor Roosevelt was produced by WGBH for National Educational Television (NET) from 1959-1962. Materials were made available on the American Archive of Public Broadcasting in 2014.