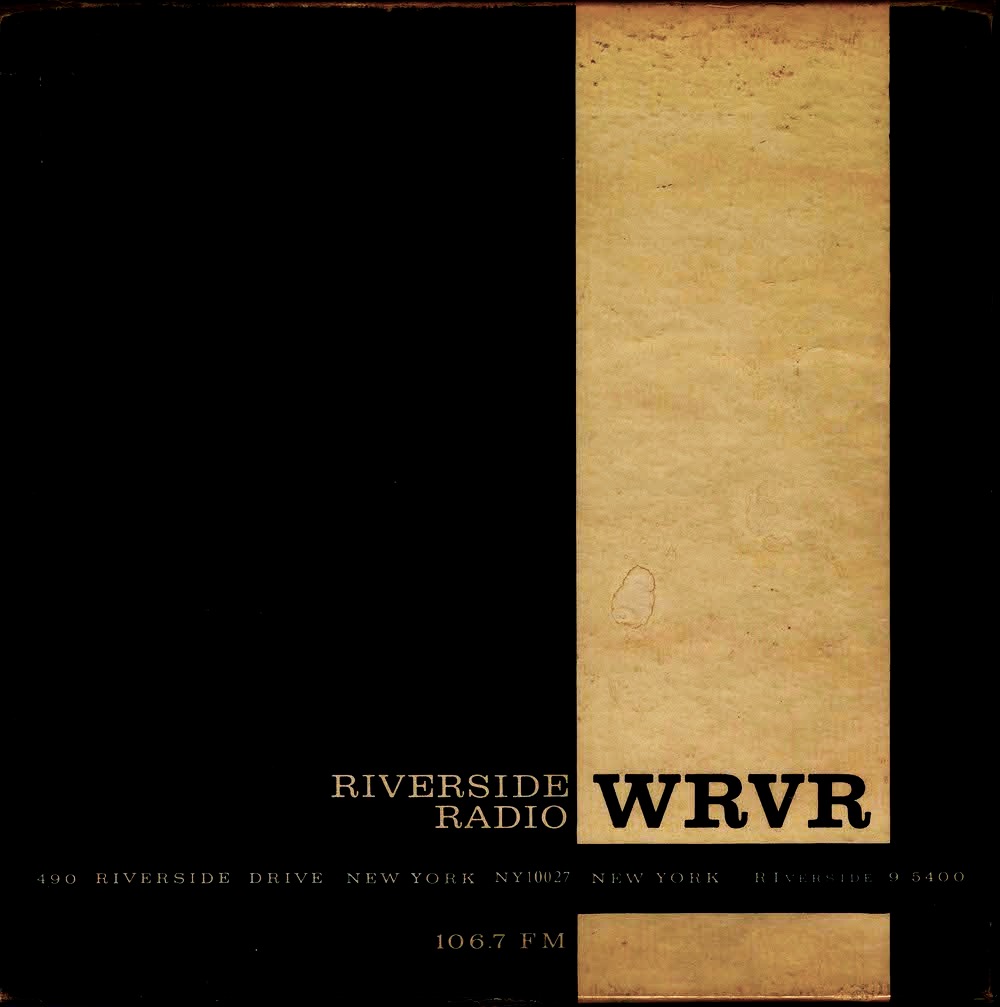 The WRVR-FM Collection spans the years 1961-1973 and includes 1,072 Just Jazz with Ed Beach episodes, as well as 2,443 other recordings that resided at Riverside, among them sermons, speeches, and event coverage. Materials in the collection are in a variety of languages, including English, Spanish, Hebrew, French, Indonesian, German, and Gaelic. The collection contains culturally significant non-commercial programming on topics like the antiwar movement, the Civil Rights Movement, the Cold War, religion, and fine arts by laypersons and famed scholars. More items will be added to the AAPB’s Online Reading Room over the next year as items are digitized.

This collection was created in honor of Ricki Moskowitz, former Archives Director at Riverside Church. Ricki was a strong advocate for the digital preservation of the Riverside Church's WRVR-FM radio materials and played an invaluable role in making this collaboration possible.

WRVR-FM first went on the air in 1961 under the ownership of The Riverside Church. The station originally played religious programming and coverage of cultural and higher-education events, as well as classical and jazz music. In September 1971, the station shifted to an all-news format, with the exception of the Just Jazz with Ed Beach program, which continued until 1973. The Riverside Church, located in the Morningside Heights area of New York City, was conceived as an interdenominational, interracial, and international church, and as such has long been a center of activism and social justice.

The “Public Radio as a Tool for Cultural Engagement in New York in the 60s and early 70s: Digitizing the Broadcasts of WRVR-FM Public Radio” project, a collaboration between The Riverside Church in the City of New York and the American Archive of Public Broadcasting, began in 2018 with funding from the Council on Library and Information Resources (CLIR). The project involves the digitization of more than 3,500 ¼ audio tapes from the WRVR-FM collection. The AAPB began receiving files in 2019 and continues to add to the collection available online. For those interested in assisting us with making this collection available online, we welcome you to visit WRVR’s transcript editor game in order to edit transcripts for keyword searchability.