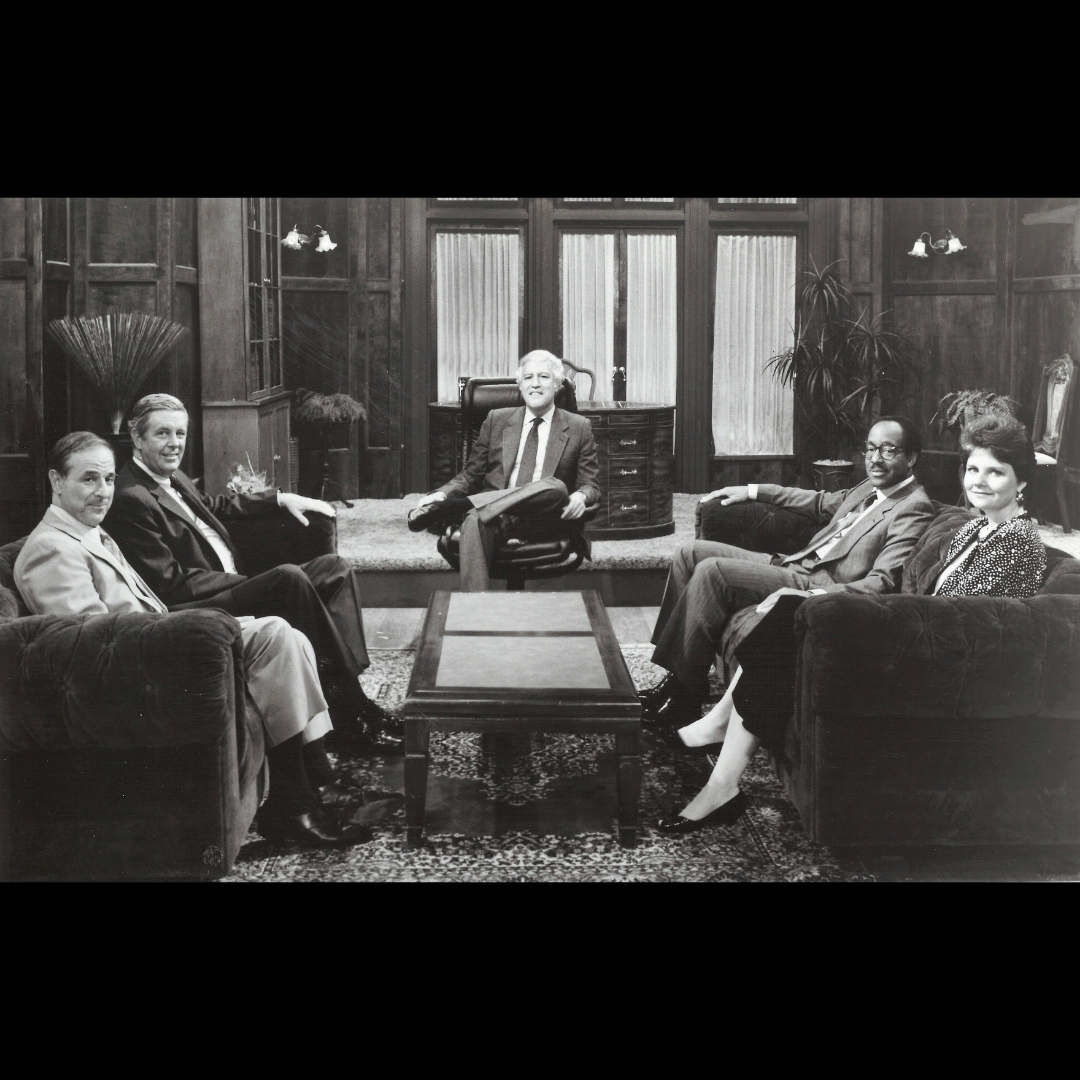 Wall $treet Week with Louis Rukeyser, often abbreviated to W$W, is an acclaimed long-standing program produced by Maryland Public Television (MPT). The series, which ran from 1970-2002, reported on economic news and current events and pioneered economic reporting in television. The 167 episodes currently in the collection represent a sampling of episodes in the series, and more episodes will be added in the future as items are digitized and made available on the American Archive of Public Broadcasting website. Longtime host, financial journalist Louis Rukeyser, known for his clever quips, incisive interviews, and deep knowledge of all things financial, earned a number of awards for his work on the show, including the 1973 Gerald Loeb Award for excellence in financial journalism, the 1990 Women’s Economic Round Table Award (the first man so honored), and the 2004 Gerald Loeb Lifetime Achievement Award. After Louis Rukeyser and MPT parted ways in 2002, MPT created a new series titled Wall $treet Week with FORTUNE (2002-2005), while Louis Rukeyser started a new show, Louis Rukeyser’s Wall Street, on CNBC.

W$W examined the economic news from the US and abroad and looked at changes, challenges, and encouraging news from the stock market. The show was so influential that the term “The Louis Rukeyser Effect” was coined, based on the theory that W$W was so widely trusted and watched that companies mentioned favorably on the show would see a spike in stock value on subsequent days. The host interviewed economists, businesspeople, authors, politicians, and academics, including futures analyst Karen P. Gibbs (later co-host of MPT’s Wall $treet Week with FORTUNE); Paul Volcker in 1975, at the time the head of the Federal Reserve Bank of NY; Nobel Prize-winning economist Milton Friedman; Akio Morita, co-founder of Sony; Steve Jobs in 1996 before his return to Apple; and Walter E. Williams, Professor of Economics at George Mason University. W$W tracked the economic consequences of policy decisions by seven presidential administrations from Nixon to George W. Bush through discussions with key financial, industry, and government figures and devoted programs to such world-changing events as the stock market crash in 1987 and the September 11, 2001 attacks.

Wall $treet Week With Louis Rukeyser was produced from 1970-2002 by Maryland Public Television and was hosted by financial journalist, columnist, and lecturer Louis Rukeyser. The series was digitized during the Corporation for Public Broadcasting’s American Archive Digitization Project and was preserved and made available in the American Archive of Public Broadcasting in 2013.