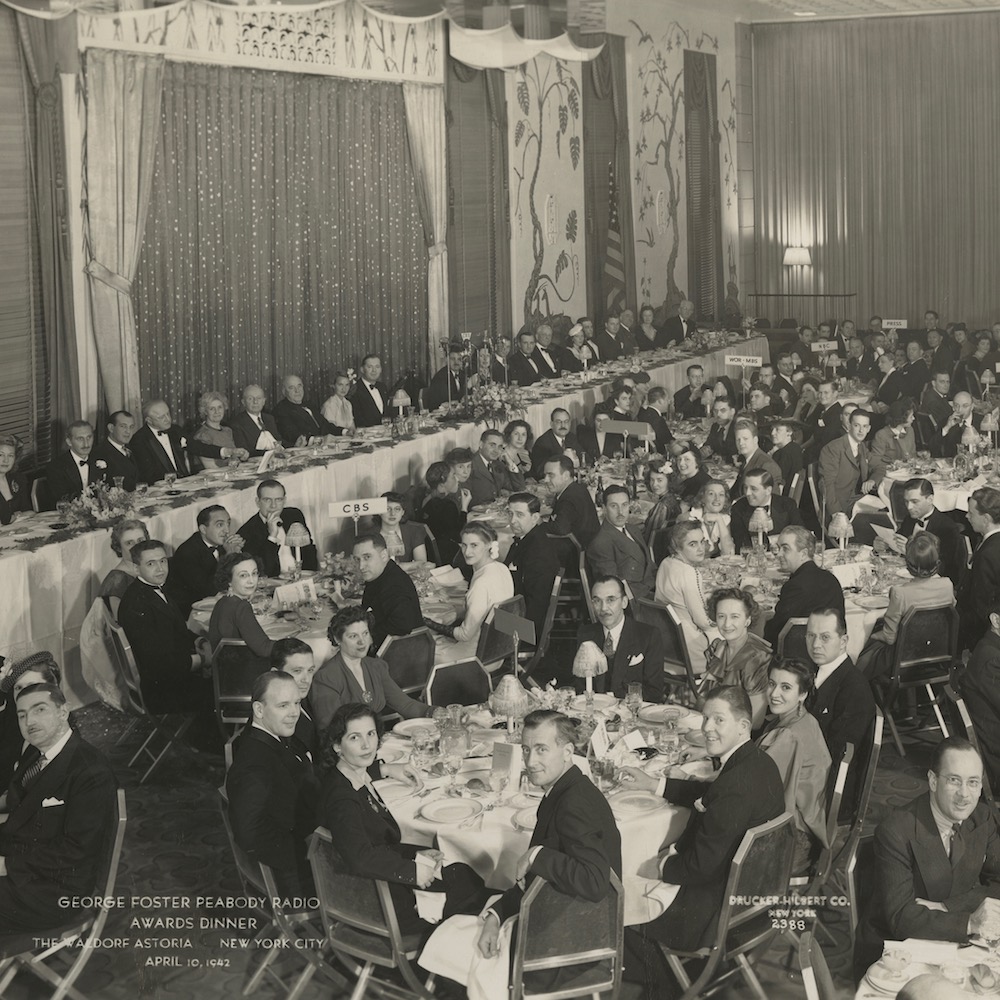 In 2017, the Walter J. Brown Media Archives & Peabody Awards Collection at the University of Georgia (BMA) and WGBH, on behalf of the American Archive of Public Broadcasting (AAPB), were awarded a grant from the National Historical Publications and Records Commission to digitize, preserve, and provide access to approximately 4,000 hours of public broadcasting programming nominated for George Foster Peabody Awards between 1941 and 2003. Established in 1940, the Peabody Awards celebrate excellence in storytelling on television, radio, and online media in categories including education, children’s programming, news, and documentaries. The full collection, which will eventually comprise approximately 4,000 digitized hours of audio and video recordings from 230 local, state, and regional public broadcasting stations in 46 states as well as Puerto Rico and the District of Columbia, is currently being digitized and will be put onto the AAPB on a rolling basis. The collection includes documentaries, public affairs programs, and science, health, children’s and cultural programming featuring literature, music, art, and theater. Many of these programs were seen only in their respective local viewing areas. Each program was submitted to the Peabody Awards by its creators as an exemplar of their finest work. A number of Peabody winners have been added to the collection to date, including the second season of Connecticut Public Television’s series of conversations with scientists, One on One (1986); and the KERA-TV documentary A Thirst in the Garden (1976) on the harsh lives of Mexican-American farmworkers in borderland rural slums of the Lower Rio Grande Valley. Other programs include Local Color (1990), an Oregon Public Broadcasting documentary about the little-known history of civil rights advocates in Oregon; an episode of Crocker Snow Reports from Germany with a history of postwar Berlin; Zoom, an unscripted children’s educational TV show from WGBH; Dying (1976), an intimate two-part documentary following individuals affected by the process of death; Police Safety Program (1948), a WNYC program dedicated to educating children about traffic safety; Your Land, My Land (1991), an Oregon Public Broadcasting documentary about the history of the Klamath Indian Reservation; an episode of WETA’s Agronsky at Large featuring a 1976 interview with Muhammad Ali; an episode of It’s Your Government (1951), a WKAR series dedicated to educating Michigan citizens about the state’s laws and government; and Antarctica: Desert of Life, Sea of Ice (1979), a KPBS documentary about Antarctica's past and contemporary scientists' studies of the continent's delicate ecosystem.

The BMA was established in 1995, with the Peabody Awards Collection as the basis of the archive. Access to the collection is currently available onsite at the BMA, and new materials continue to be added to the Peabody Awards Collection after each awards season. In 2017 the BMA and WGBH, on behalf of the AAPB, were awarded a federal grant to digitize, preserve, and provide access to programming submitted to the George Foster Peabody Awards program between 1941 and 2003, with materials appearing online on a rolling basis. Once digitized, the entire collection will be available for research on location at the Library of Congress and WGBH.