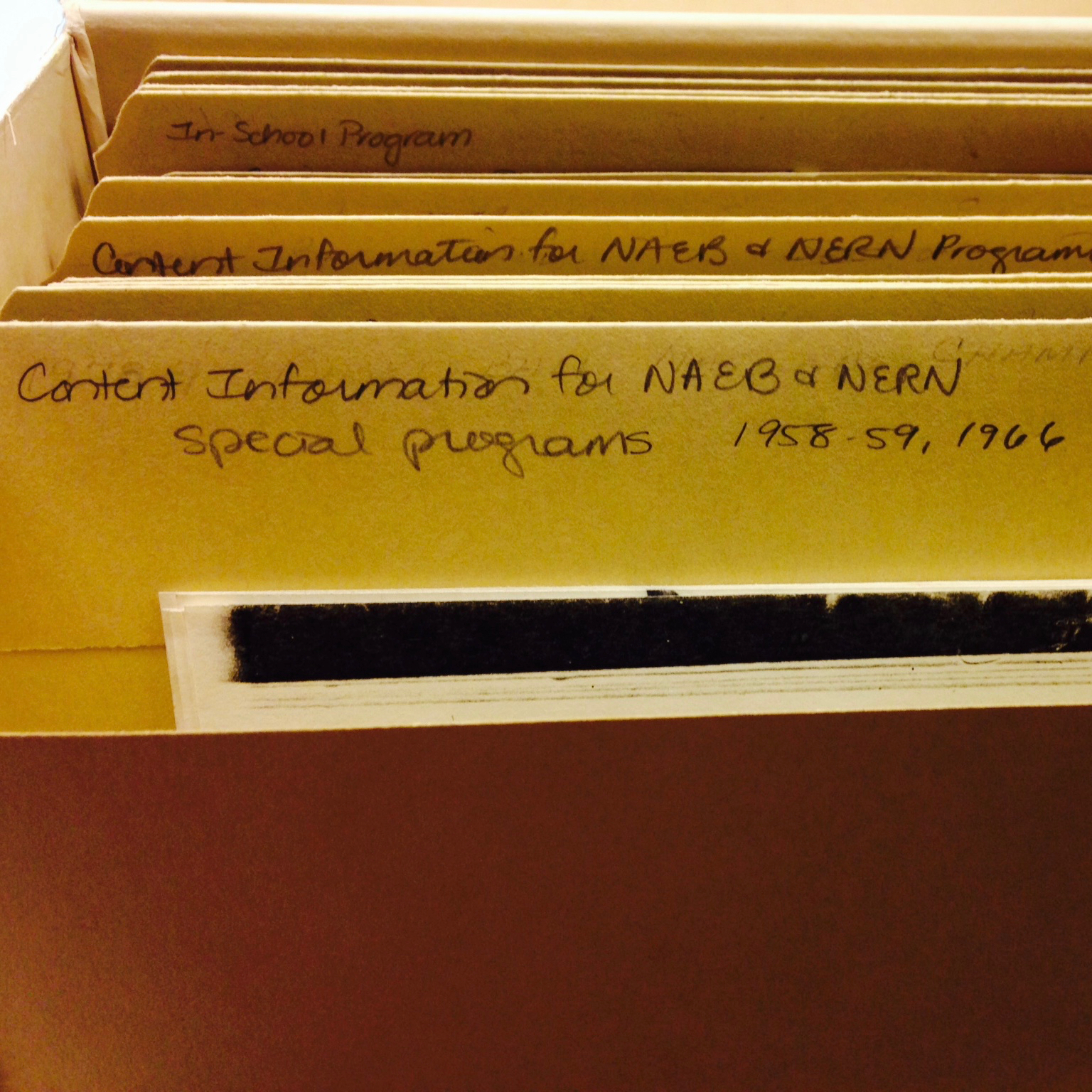 The National Association of Educational Broadcasters (NAEB) Collection consists of more than 5,500 radio programs from the 1950s and 1960s, created by over 100 NAEB member stations. The collection includes radio documentaries, coverage of events (hearings, meetings, conferences, and seminars), interviews, debates, and lectures on public affairs topics such as civil rights, foreign affairs, health, politics, education, and broadcasting. These broadcasts, mostly stemming from university and public school-run radio stations, provide an in-depth look at the engagements and events of American history, as they were broadcast to and received by the general public in the twentieth century. Interview subjects and/or program participants feature a “who’s who” of mid-20th century public figures, including Hubert Humphrey, Betty Shabazz, Robert Frost, Frank Lloyd Wright, Alistair Cooke, Dr. Benjamin Spock, Margaret Mead, Studs Terkel, Dr. Albert Schweitzer, Marshall McLuhan, and Aldous Huxley. The collection also contains a notably large percentage of local content and voices, from a WDET Detroit series about local civil defense plans and policies called “Prepare for Survival,” to a series entitled “Document: Deep South," a documentary series produced by WOUA at the University of Alabama depicting the increasing importance of the South in the economic development of the United States, to a show entitled "Search for Mental Health," a series of talks about advances in psychiatry from the University of Chicago.

The NAEB was established in 1934 from a precursor organization, the Association of College and University Broadcasting Stations, that formed in 1925. The mission of the NAEB was to use communications technology for education and social purposes. It was an extremely successful and effective trade organization that, throughout its 60 years of existence, ushered in or helped to enable major changes in early educational broadcasting policy. In 1951, NAEB established a tape duplication exchange system in Urbana, IL, where programs produced by university radio stations across the country were copied and distributed to member stations, an early networking scheme that influenced the history of later public radio and television systems. The forerunner of CPB and its arms, NPR and PBS, the NAEB served as the primary organizer, developer, and distributor for noncommercial broadcast production and analysis between 1925 and 1981.

Special thanks to Stephanie Sapienza for her contributions to the curation of this collection.

The National Association of Educational Broadcasters Collection consists of 5,566 digitized radio programs. The entire collection is accessible on location at WGBH and the Library of Congress. As of January 2018, 835 programs are available in the AAPB Online Reading Room. Each metadata record contains information about the producing or creating station. If you identify a creator of interest, type the creator’s name or call letters into the search box to narrow your search down to that creator. To explore more episodes of a series, find a record of interest and click the hyperlinked series title to view all episodes from that series. To expand your search to include metadata records for all digitized programs (including those not accessible in the Online Reading Room), select the “All Digitized” facet on the search results page.